The Almond Board of California released the June 2018 position report 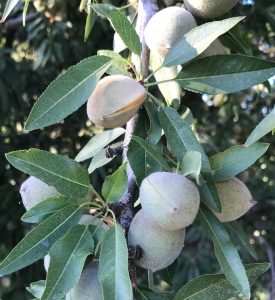 This was the second off month in a row.  The downward price trend and tariff concerns put buyers in a hand-to-mouth buying approach.  Additionally, buyers in China and other regions shifted purchases toward Australia due to duty advantages or at least higher certainty about the duty stucture.  The Australian crop is selling out faster and increased demand should return to California in the near future.  Some of this lower May-July shipments is due to good stocks overseas in late spring, but some should be made up for later when buyers need to re-fill the pipelines, and Australia is sold out.

The industry has already shipped 2.107 billion lbs., more in 11 months than in the entire prior crop year.

There is some grower and handler skepticism around the 2.45 Billion lbs. objective estimate, but the recent and long-term history are hard to argue with.  The below charts show where the increase mainly came from bearing acreage.  Nut size is decent sized like last year, but just 1-2% above long-term averages.  Trees/acre (denser plantings) just contribute a 1.7% increase. 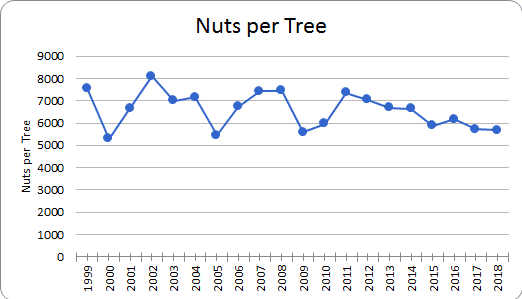 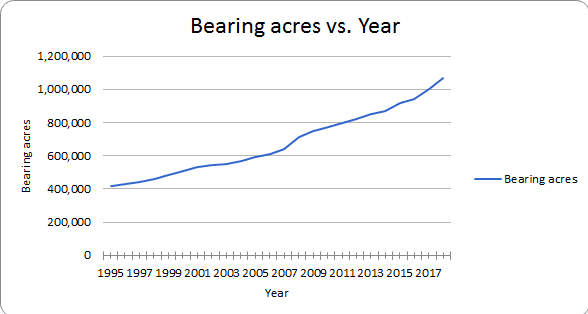 Doubles will set records and bring unique challenges with the ’18 crop year.  Carmel Type Supreme or SSR (without special doubles specs) will be signficantly  more challenging to produce than the ’17 season.  Nonpareil doubles, at 4.8% average, are up 60% vs. 2017.   Nonpareil Extra No 1 should be in tighter supply, though hopefully the industry will not battle high inedible as much.  Many buyers have adjusted to the high 2017 doubles and are more prepared to buy higher double counts at discounts, which will help in the new season. 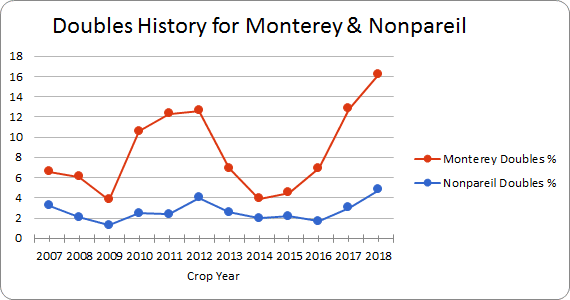 Harvest is definitely delayed as previously anticipated.  Nonpareils are just beginning to open on the east side of the valley, which is very late.

Shipments for the season are up 160 million lbs. or 8%

Tariffs:  China applied additional 40% tariffs to US almonds .  India’s tariff increase on inshell almonds is less than originally anticipated, as it was first understood as a 20% additional tariff but is actually a 20% percentage increase to the already existing tariff, thus minimal.  This Indian increase from 35 to 42 rupees per KG. represents an increase of about 4.6 cents per lb.  Turkey’s additional 10% duty on all tree nuts is disappointing, though are still lower than a year ago since California almonds had a duty major reduction 7 months back.  The EU, Japan, Russia Canada, and Mexico are being monitored but so far have not increased duties on US almonds.

Chinese demand is always upredictable but will be especially so this season.

Emotions play a big part in the California almond market, and for the past few months the uncertain emotions surrounding tariffs has won out over fundamentals.  A fairly grim scenario seems to already be priced into the market.  The silver lining is the current low pricing should help spur better shipments as the new season gets underway (September onward due to a very delayed harvest). 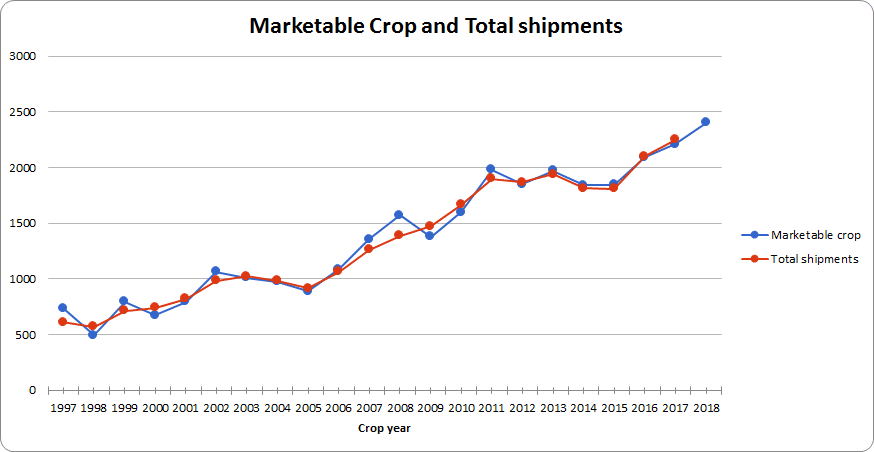 Bullish factors:  USD is still in a mild range overall vs. most currencies, strong oil prices, carryout reduction of 40-50 million lbs. expected, generally good world economies, historically high marketing campaign planned from the Almond Board of California (due to the 4 cent assessment and record crop), continued positive health trends, pent up demand that should materialize in coming 4-6 weeks.

As seen with the above charts, California has an impressive a history of growing supply and demand.  Yet often the seasons begin with doubts of repeating the demand growth.  Even with a significant decline in demand in China, if the industry maintains solid growth in the U.S., India, and Europe, the whole crop should once again sell out.