Crop Receipts reached 839 million lbs., up 6 million from a year ago. 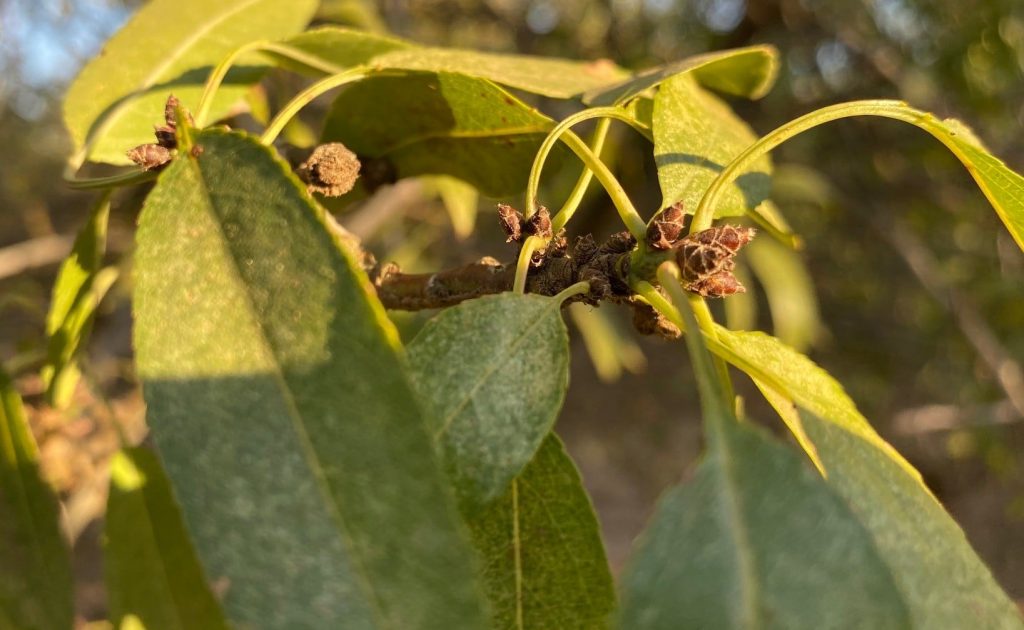 Shaking continued to go very well throughout harvest.  The opposite is reported from the pistachio industry, so additional insect pressure could come from neighboring pistachio fields in 2020.

Insect Damage is only slightly below last year at 1.64% vs. 1.81%.  A late flight of navel orange worm hit some of the pollinators like Aldrich, Carmel and Monterey.   Damage with Nonpareil is running 1.53 vs. 1.83 a year ago.

Kernel Size for us still seems slightly smaller than last year.  However, this is highly varied by region and many areas you would expect to have small sizes do not, and vice versa.

September shipments seem on the high end of already high expectations.  The 196 is bullish news and has pushed pollinator pricing up at least .05/lb. already.

September sales were 299 million lbs. vs. 211 in the previous September

Committed (Unshipped) reached 664.5 million lbs., up 19% from a year ago.   Export sales still led the way, up 21%, but domestic buyers caught up considerably and are now up 17% on commitments vs. a year ago.

2019 Crop Expectations remain highly varied, including many sellers recently lowering their expectations due to poor reports out of the east and for some pollinator varieties state-wide.  This has contributed to some of the recent firmness in the market.  We continue to see a strong crop on the west side, including most of the pollinators except for Butte/Padre and Fritz.  Bullish supply news (bearish market news) – the Iberian peninsula (Spain & Portugal) reports an increase in their crop of approximately 50 million lbs. to the range of 85 to 90,000 MT.  On the flip side, Australia is essentially sold out of their 2019 crop as their sales to China were massive this year.  The Almond Board September receipts were received by some as bullish, but it is too early to interpret from those, especially with a later harvest and a September rain event.  We will need at least 2-3 months to have a good idea on the crop size.

Stating “the obvious”, the market sentiment is very bullish at the moment.

The Almond Board of California released the April 2021 position report   Shipments:...

The Almond Board of California released the March 2021 position report   Shipments:...

The Almond Board of California released the February 2021 position report   Shipments:...

The Almond Board of California released the January 2021 position report   Shipments:...