The Almond Board of California released the November 2019 position report

Western Europe +21% (+15% YTD) Shipments had a very slow start last year and this appears more of a normal or heavy start.  This is not a sustained rate of consumption growth but more of a shift in timing of purchases.

China/HK/Vietnam  -65% (-36% YTD) Inventory is reportedly heavy there.  The trade war impact may be more felt now, and it could be possible buyers held back purchases in anticipation of a possible trade deal (which would not be bearish like the high inventory explanation heard).

India +55% (-3% YTD) India made up for some of the early shortfall with a huge month.  For this market we hear of some short term economic concerns but long-term growth patterns.  This will be a difficult one to forecast.  Diwali is later next year so more inshell needs for the summer could come from the 2020 crop.  With low inshell premiums this season it seems possible less inshell was produced in California, so that may balance out potential lower demand later.

Middle East / Africa +60% (+91% YTD) the region got an earlier head start this year yet continues to impress at their large gains over last season. 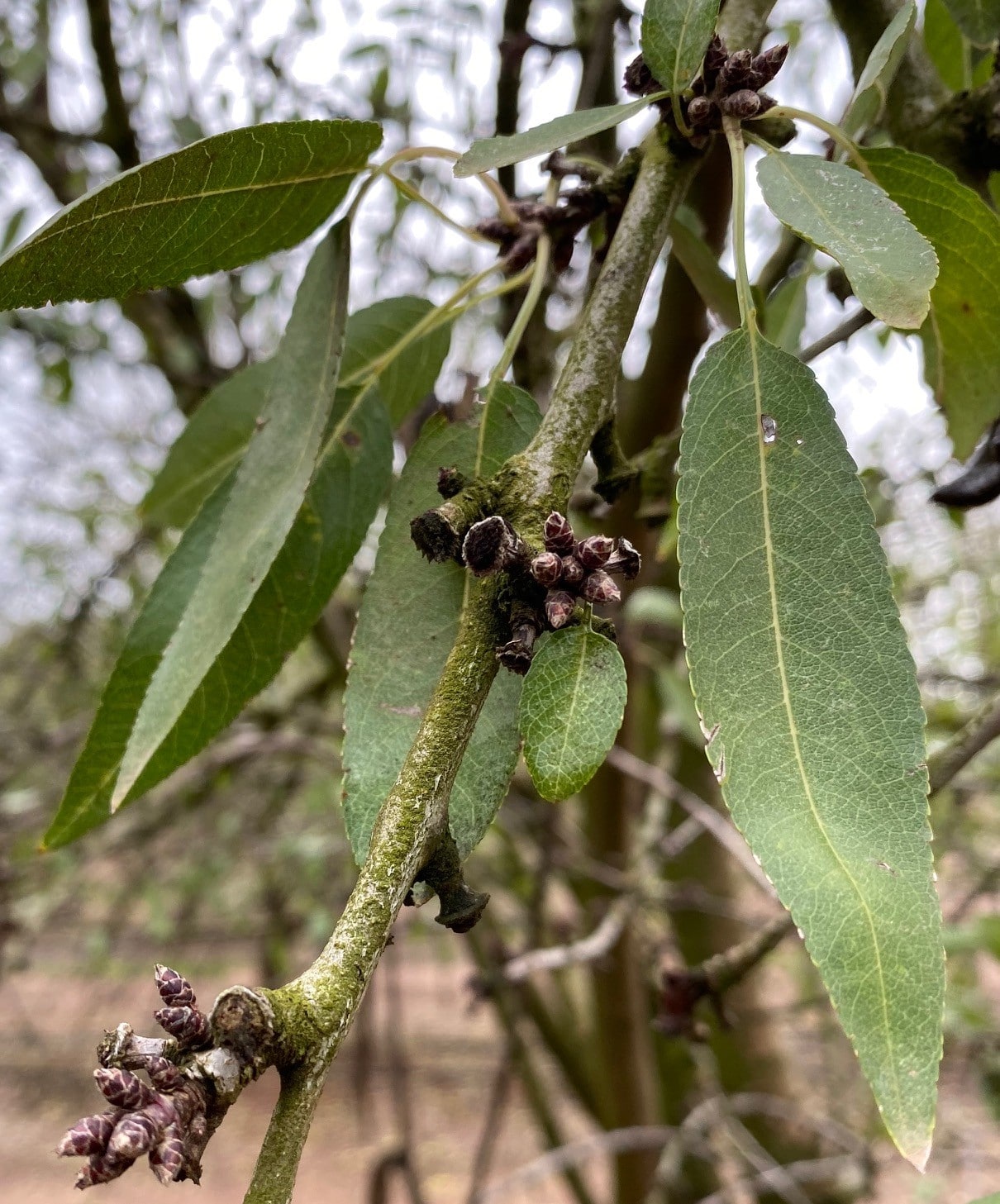 Crop Receipts per reporting to the Almond Board reached 2.082 billion lbs., up 95 million from a year ago.  These numbers can get slightly out of sync time wise with USDA reported receipts, which reached 2.166 billion lbs, up 128 million lbs. vs. a year ago.  Applying the same 89.8% of USDA reported receipts percentage to this year’s 2.166, we would end up at a final crop of 2.412 billion lbs.  For those of us in the areas with strong crops, it seems there is a fair amount more to receive after December 1 than last season, and the crop is likely higher.  However, some in the areas with light crops say they finished early and there are still some expecting around 2.40 or less.  Hopefully the picture is finally much more clear a month from now.

November sales of 191 vs. 240 million lbs. may be perceived as disappointing, or that sales were going at an unsustainable pace and needed to slow at some point.

Committed (Unshipped) reached 649 million lbs., up 10% from a year ago.  Export commitments are down as many export buyers stepped back in recent weeks.  They still are well ahead of last year, pointing toward a potentially solid December shipment report (this is still unclear though).

Sold Position:  If we have a 2.45 billion lb. crop, the industry is approximately 55% sold on total supply, up just slightly from a year ago.  This is a rather comfortable sold position and seems fairly evenly distributed.

The market reaction to today’s report is mixed and leaves many awaiting the next report for clarity.

A few other things to note, Parreira Almond Processing Company  is now wrapping up hulling and shelling for the season, a couple weeks later than last year.  After a very dry start to winter, we received very heavy rains that are making shelling in California challenging to get through.  Many orchards had parts under water as some areas received 5 to 7 inches of rain in a short span of 1-2 weeks.  Growers are hoping for a dry break to get in and mummy shake to help control insect damage for the 2020 crop.  There is an increasing focus on mummy control and ways to control insect damage after several fairly high damage seasons.

The Almond Board of California released the October 2022 position report   Shipments...

The Almond Board of California released the September 2022 position report   Shipments...