The Almond Board of California released the October 2020 position report

Harvest is complete and hulling/shelling will continue for several months.

Crop receipts of 1.8 billion lbs. are up 13.9% from a year ago.  These figures will become more meaningful in the coming months. 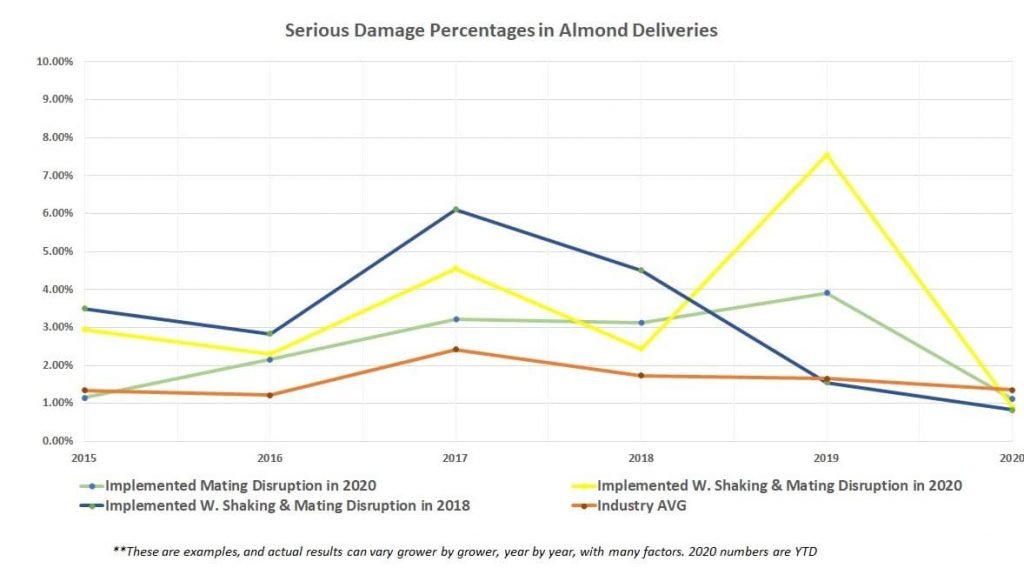 We were excited to see great reductions in serious damage for many growers this year.  Some growers on the west side that faced high insect damage a few years back implemented additional practices including mating disruption technology (puffers for navel orange worm) and winter shaking, starting after 2018 or 2019 crops.  These examples are in the chart on the right along with the industry average in orange.   You can see some very large improvements.  Normally there is higher insect pressure on the west side due to additional heat, but this year, possibly as a result of more growers adopting these practices, our incoming levels are below the industry average.  Very exciting results.

October Shipments were expected to be strong and came in high, especially considering all the challenges at the port at the end of the month.  These port challenges with getting empty containers, etc. caused some October shipments to get delayed in November, making today’s figure even more impressive.  The October 2019 figure previously stood as the largest month in our industry’s history and was beat by nearly 17%!

October Sales were 250 million lbs. vs. 295 last season.  Given how far ahead the industry was and continues to be on sales, this seems in the mid-range of expectations.

The Industry Sold Position reached 53% of total supply vs. 46% a year ago.

Capacity & Space:  These have continued to play a factor in recent months.  Now many handlers are booked up for nearby weeks and/or months, so this seems to be a decreasing factor each week. 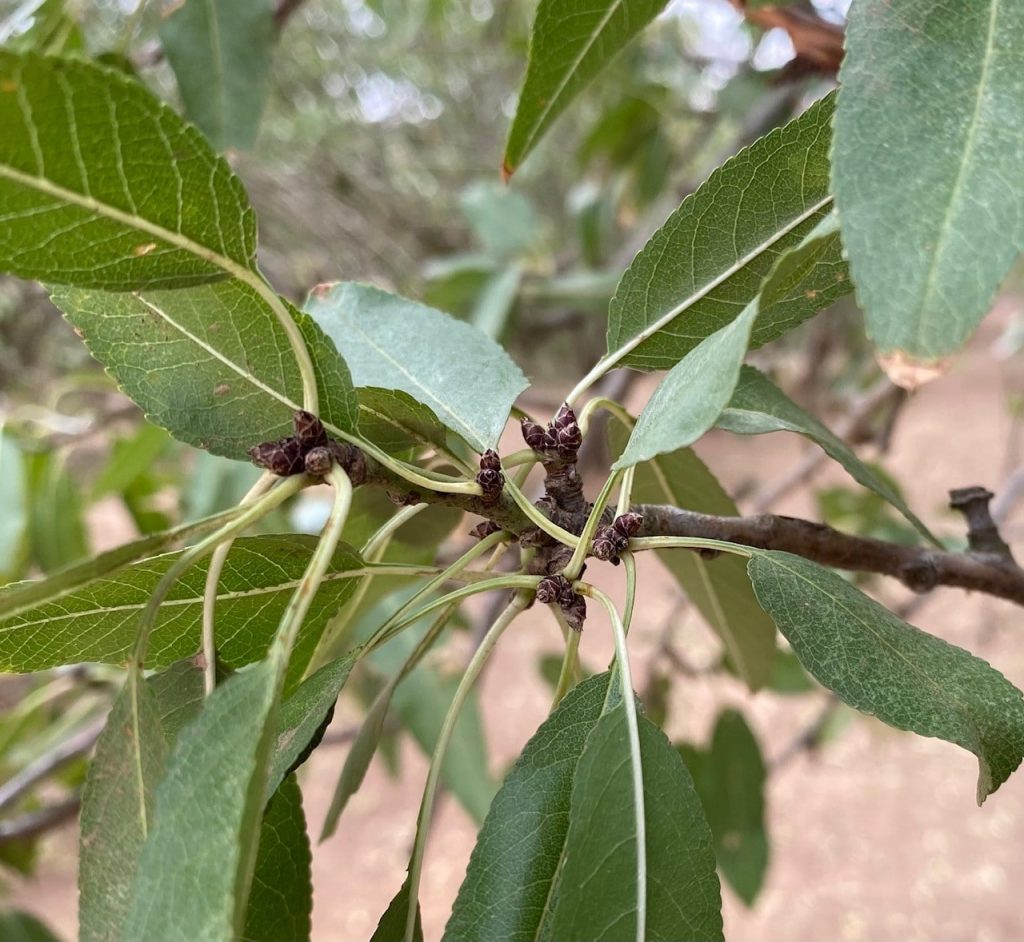 The crop outlook has become more optimistic as we progressed through harvest, with the exception of some concern about Monterey, which makes up a good part of the crop and is very heavily grown Madera south.  It will be Jan or Feb before we have a good idea on final crop size.  Given how strong demand is, most are certainly hoping for a 3 billion lb. crop.

India shipments are up more than double for the season, so not surprisingly has good stocks in the local market and has just been nibbling recently.  As they work through inventory and come back, we should see continued good growth in that market.  Thus the 20 cent plus premium for NP Inshell over NP 27/30 kernels.

China generally plays their cards pretty close to the vest, and the last time they grew shipments massively, most didn’t see it coming.  We wouldn’t be surprised to see very large growth in that region this year.

The Middle East and Europe have been the most active the past few weeks, and given October shipments to the region and reports of fairly low stocks in Europe, we expect that may continue.

Demand growth in recent months is not a 1 or 2 month phenomenon as some may have thought after August or September (where the carry-in helped boost shipments).  We should keep in mind this has been going on since July when shipments were up 17% vs. July 2019, followed by +31% in August, +33% in September, and nearly 17% this month.  Yet, aside from India, we don’t hear of large stocks anywhere.  Commitments point toward a strong November.  Pretty soon we’ll have a 5 or 6 month track record that should make it pretty clear, demand is growing considerably at the current low price levels.  Of the 1.8 billion lbs. sold or shipped, most was sold at very low levels, stimulating the excellent growth we’re now seeing.

RPAC News:  Construction of the new storage warehouse is complete in time to store the 2020 crop.  Toward the end of the video, the storage facility is the large building on the bottom right and the processing building, still under construction, shows up in the top right corner.  We are looking forward to having these and other projects all complete in the coming months.

The Almond Board of California released the November 2021 position report   Shipments...

The Almond Board of California released the October 2021 position report   Shipments...

The Almond Board of California released the September 2021 position report   Shipments...