The Almond Board of California released the February 2021 position report

Western Europe  +11% (+8% YTD)  Continued steady growth as almond snacking is on the rise.

India -13%  (+50% YTD)  From our perspective, many loads Inshell destined for India were rolled into March.  The market also may need a breather after such a strong start.

Middle East / Africa  +41% (+4% YTD) – Much of this is headed for Ramadan consumption.  This region started the season off slowly but stepped up buying in recent months.

Latin America / Caribbean -19% (+80% YTD)  Another region responding well to the lower prices, and taking a breather after the very strong start.

*A handler had previously under-reported 6.9 million lbs. of 2020/21 shipments; 5.5 million lbs. domestic, 1.4 million lbs. exports. The previously
unreported shipments have been included in this month’s Position Report in net shipments and by destination.

Concerns about Water Supply continue with no signs of a miracle March.  In areas with lower water supply i.e. west side federal districts, there will be some orchards removed and some deficit irrigated, as a result of the current situation.

Bloom conditions were excellent with many sunny days for the bees to do their work.  There were some days that were too windy for much of the state, but the south valley did not experience these winds.

The bud set was also reportedly stronger in the south, though much of the state was disappointed in the number of flowers.  The early leafing out also seemed to be a sign of tired trees after the record setting 2020 yields.

Hailstorms took place yesterday just as bloom is wrapping up.  Hail issues are normally very localized but this time it happened in many areas of the state including Eastern and Western Fresno County, Madera County, Merced, Stanislaus etc.  Some damage was done but it’s unclear how much. 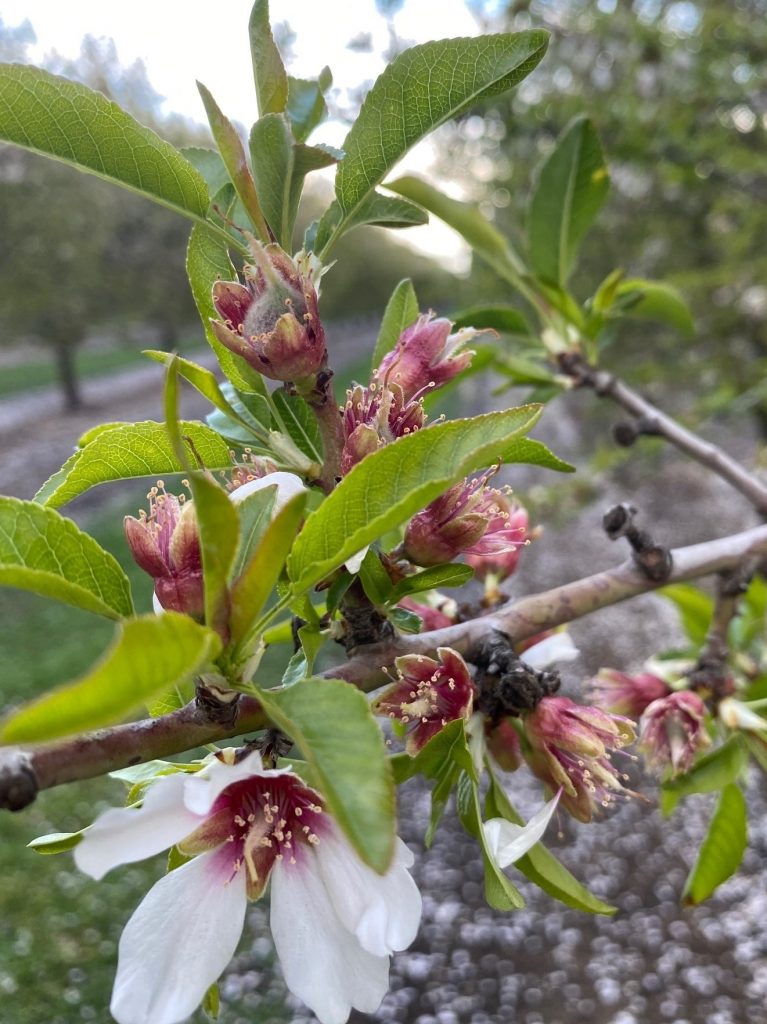 February Shipments – the expectations for these figures grew increasingly pessimistic in recent weeks as many loads were rolled into March by the ship lines.  We have experienced many loads delayed 3 or 4 weeks which are severe for everyone involved.  This monthly figure surprised us all to the upside.

The Industry Sold Position reached 74%  of total supply vs. 73% a year ago (**correction that the 85% sold is on marketable crop portion).

In the almond business you come to learn to expect the unexpected.  Anything can happen.  Nearly ideal bloom conditions are followed by sudden and severe hailstorms.  Sellers bracing themselves just hoping to reach 200M in shipments is followed by a record 234 million lb. figure.  Likewise the fears of a monstrous carry out could turn out to be a very manageable number that will likely be extremely well sold by July 31, subject to port challenges.

The Almond Board of California released the December 2021 position report   Shipments...