The Almond Board of California released the March 2021 position report 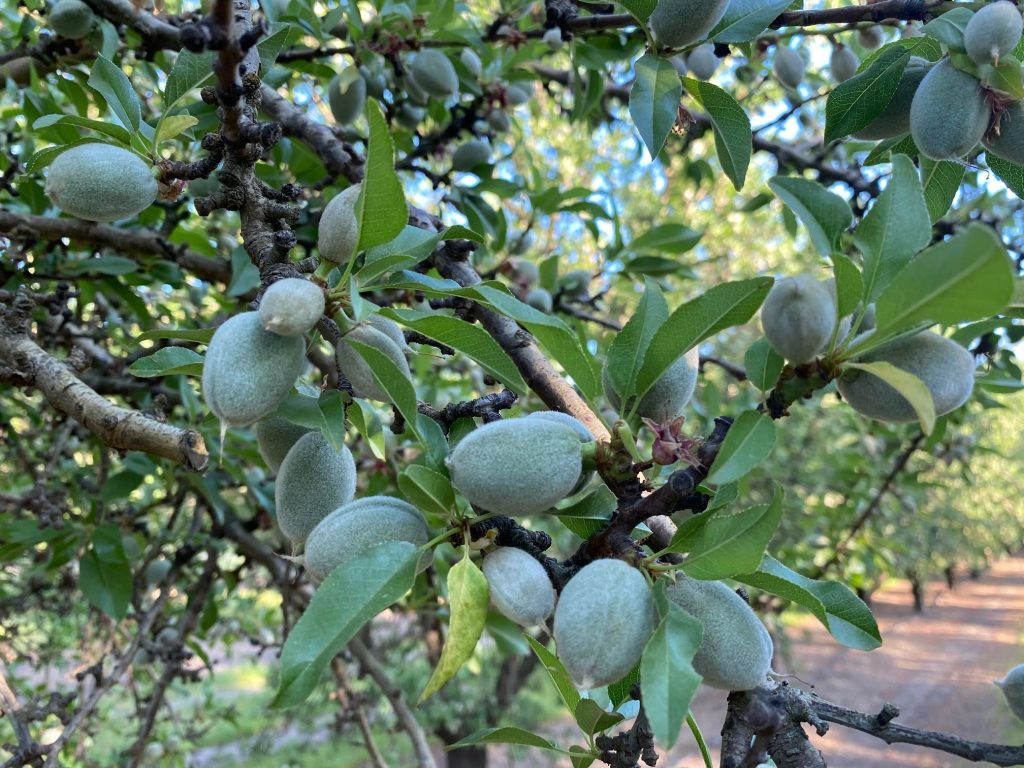 Concerns about Water Supply Concerns are turning into Reality as growers in various parts of the state will need to deficit irrigate and/or apply additional lower quality well water.  In the federal districts, even the measly 5% water allocation is currently on hold.   Obviously the impact will be greater on future crops, but we expect some impact on the 2021 crop.

Aside from water concerns, the crop is developing nicely with an improved outlook even on the east side.  That said, it certainly does not appear we’ll have 2020 yields and there is inconsistency across counties and fields.  Independence looks the strongest (check out video below), meanwhile Carmel looks the weakest with low sets and a lot of crazy top showing up.

March Shipments – expectations were mixed but seemed to improve in recent days.   Still, this is quite an impressive figure and seems surprisingly strong.

The Industry Sold Position surpassed 79%  of total supply – inline with a year ago.

Domestic shipments were off but still solid, considering last March we had the giant month due to some stocking up in the wake of covid.  Exports were very impressive, particularly China which is always a wild card.  The export situation remains challenging with regular delays and many ship lines booked up 4 weeks or more, but it’s not as bad as it was.  It seems a portion of the backlog of shipments is clearing out during March and April.

When some get overly bearish with gloomy predictions of gargantuan carry outs, we must remember the old adage that the best cure for low prices is low prices.  Current prices are stimulating huge demand growth (and we need it).    March shipments of 266.6M was not just a record for March by 28%, but was the second largest shipping month in the history of the industry (2nd only to October 2020).   Last year we averaged under 172.6 million lbs. per month for the last 4 months.  Given last year’s ship figures, current low prices, and strong commitments, we expect strong shipments records to continue.

A 700 million lb. carry out would be 23% of the marketable crop.  If we achieve a 650 million lb. carry out it would be about 21% of the marketable crop compared to 26% in the 2008 crop year, 23% in 2009, 20% in 2014 and 22% in 2015, so it’s important to keep things in perspective before getting overly bearish.  Supply has grown by nearly a billion lbs. in 2 seasons and we are talking about much larger numbers than before, but the percentages remain relevant too.  At the same time, we don’t know any sellers that want to hold much of the carry out, so the industry can’t take it’s foot off the sales pedal very often.   Stay tuned for crop estimates and a lot more news in the coming months!

The Almond Board of California released the December 2021 position report   Shipments...