The Almond Board of California released the July 2021 position report

Early receipts are of great focus at this time each year, but generally start off worse than the final picture.  So far kernels appear smaller and drier, with lower turn-outs and disappointing yields.  We expect this to improve as we get further through harvest.  However, this coupled with the drought is causing some pessimism around the 2021 crop size.

July Shipments – forecasts once again were high and the record 229M was on high end of expectations.

New (2021) Crop Sales – Climbed from 326M last month to 441 million Lbs. by the end of July, down significantly from the 696M a year ago.  Sellers have been hesitant and kernel buyers have not chased it too hard.

Shipments finishing up 22% for the season is a major feat and so much stronger than the consensus from a year ago when many just hoped to see low double digit growth in the face of COVID, etc..  Industry veterans have always said California can sell whatever it can grow, and ironically the increase in sales is almost identical to the 21.8% growth in marketable crop.  Below are charts outlining where most of the growth has come from over the past few seasons.

The 596 Million lbs. carry-in is much lower than predicted earlier in the season.  It is mostly made up of pollinator varieties that harvest later than Nonpareil, giving good balance to start the season.  Low prices of current crop and lack of new crop offers, led to a very strong finish in shipments.

Following the NASS estimate of 2.8 Billion lbs. (down from the subjective of 3.2B), the market jumped considerably, and has continued strengthening for certain items.

India has been extremely active buying new crop in-shell, creating a considerably premium of 0.40 – 0.50/lb. over kernels.  This has led to a lack of selling interest for kernels.  Going forward this lack of selling interest in kernels may push kernel pricing up further and create more offers.  As sellers fill their warehouses with more kernels and have a greater need to free up space, use their packing lines, and bring in cash flow, we could also see more interest in selling kernels despite a price gap with in-shell.

The drought is severe and continuing to play into the market.  The low water supply and salt build-up has many orchards looking similar to the stressed orchard pictured in this update.  This is a pivotal time for California agriculture.  Let’s hope for a wet winter and reasonable water policy decisions in Sacramento.

Best wishes for the new season, 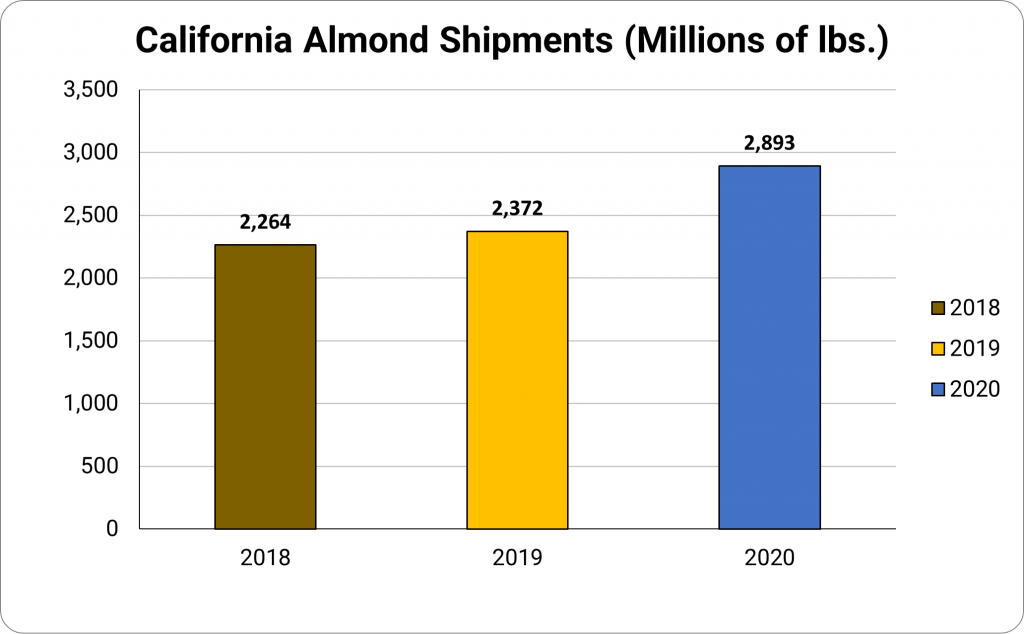 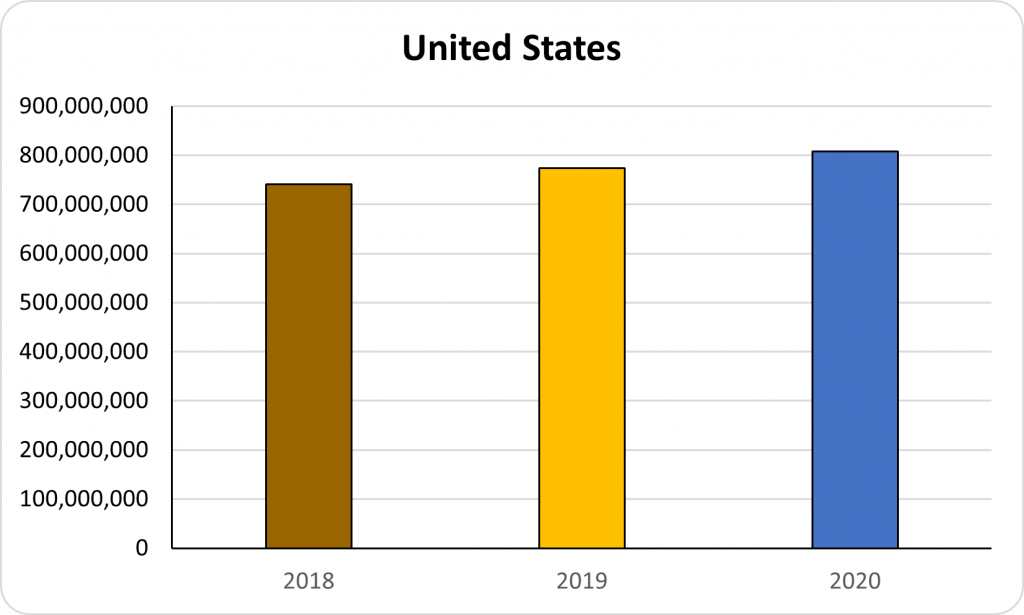 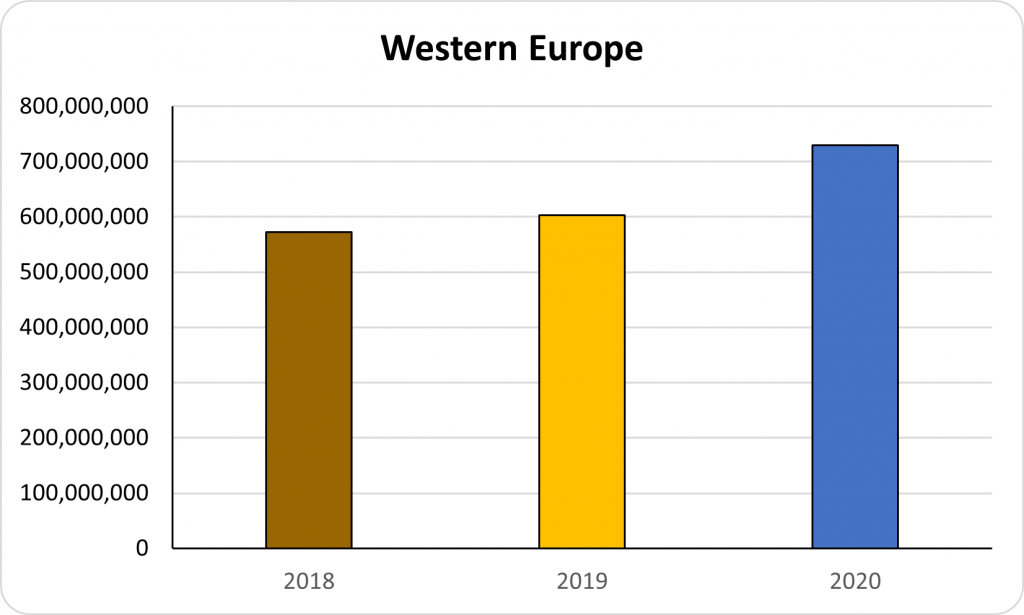 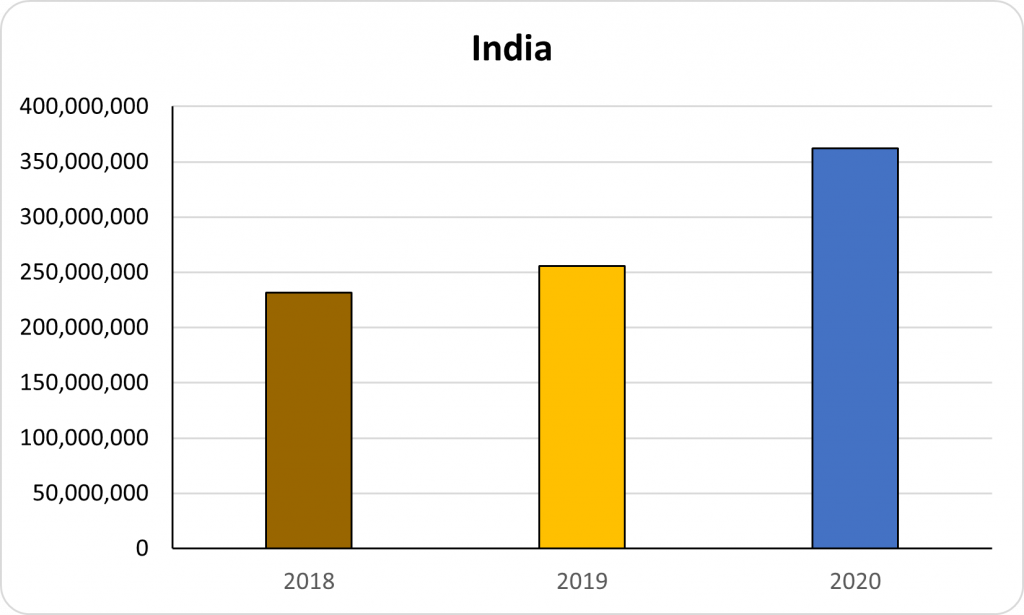 The Almond Board of California released the April 2021 position report   Shipments:...