The Almond Board of California released the July 2022 position report 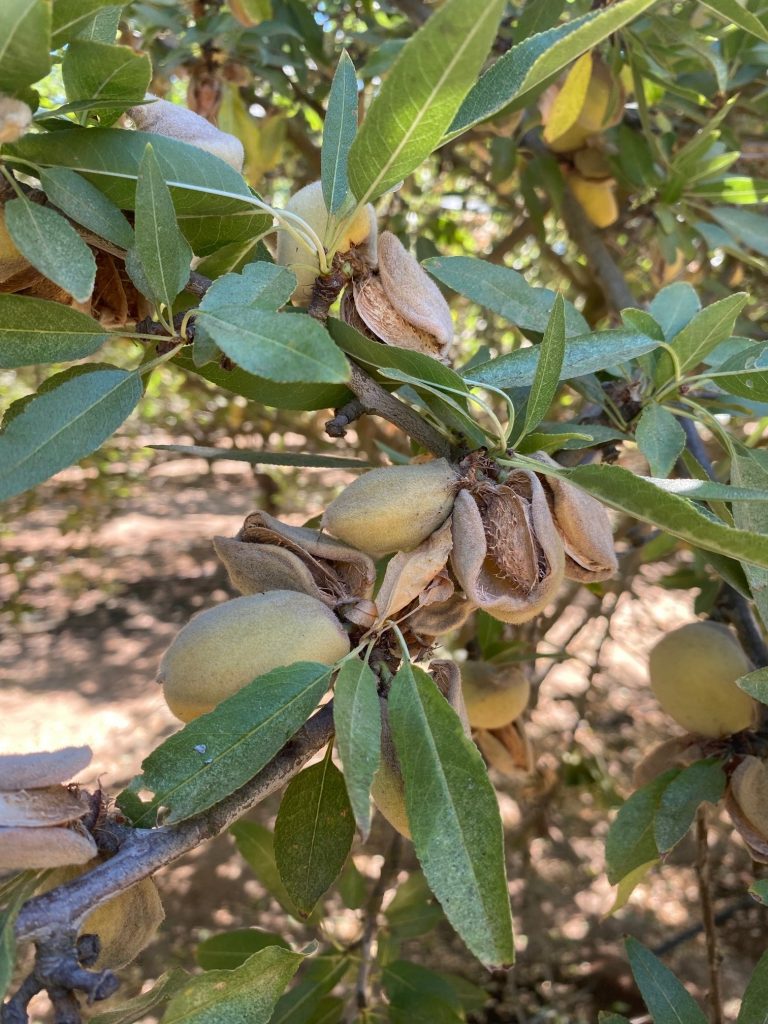 The Objective Estimate of 2.6 Billion lbs. (down from the Subjective of 2.8 Billion lbs.) reported a month ago is still something everyone is getting their minds wrapped around.  Opinions remain highly varied but in general the outlook for the 2022 crop volume is more pessimistic than a month ago and much more than two months ago.  Early Nonpareil reports point toward lower yields, lower turn-outs, smaller sizes, lower quality etc. but its typical to see weak reports at the start of harvest.

With the heat wave in late July, there are many more orchards showing stress from the drought than there were a month ago.  The build up of chlorides from several dry years is becoming more apparent.

Early reports out of the south valley point to clean shaking with Independence seemingly shaking better dry than green (different than other years).

July Shipments – During the last week of July, trucker strikes blocked product flow through the port of Oakland and contributed significantly to these low ship figures.

Buying interest for both crop years was slow during the month of July, as shown by the sales figures and lower market prices.

Shipping challenges worsened considerably with the late July trucker strikes in Oakland.  Shippers are working on shipping the backlog of product that rolled from July into August.

The US Dollar remains very strong but has weakened slightly from a month ago.  The Euro is at 1.03 USD.

The carryout stood at 838 million lbs. at the end of July, higher than expected due to the July ship figures suffering from the strike.  As actual loss & exempt is calculated, this figure will be adjusted to actual carryout figure with the next report.

Inshell demand has been slower than normal for the start of the crop year.  Low shipments to India could help bring some more interest from that region.  China has slowly participated in some early in-shell purchases and should remain active.

Growers are likely to remove more acreage than normal due to the combination of low prices, low water supply, and high input costs.  The below chart demonstrates how grower input costs rose significantly more than the general inflation. 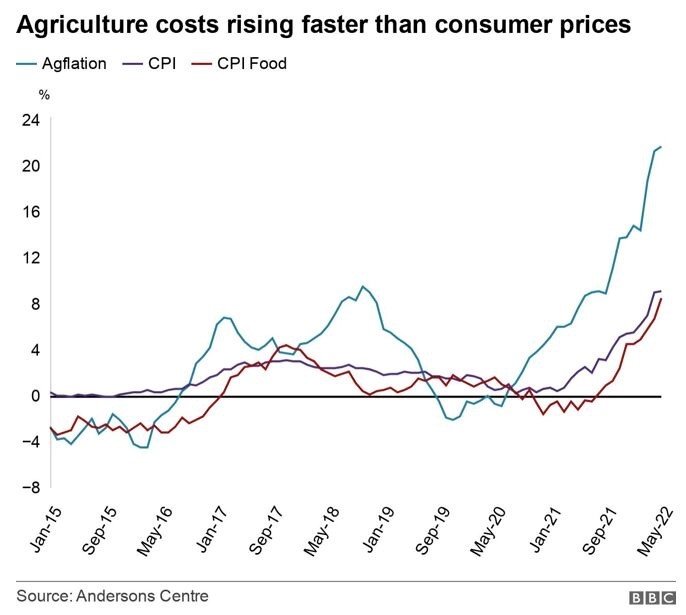 Shipment expectations were low due to the port situation but this figure still disappointed expectations.  Given that pricing is already so low, it’s unclear what if any impact today’s report will bring.  With the main port essentially closed for about 25% of the month, it really shouldn’t be such a surprise to see shipments down 26%

Generally the quiet periods are followed by busy periods, so at some point in the coming few weeks to few months, this market will likely wake up.