The Almond Board of California released the August 2022 position report 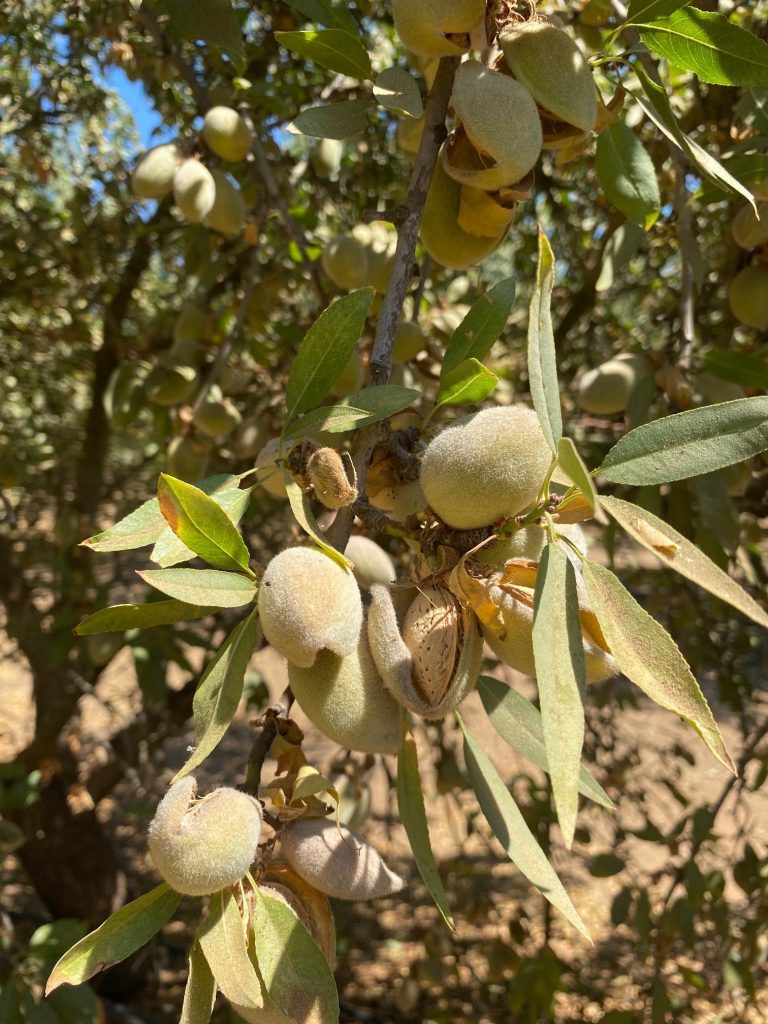 The Objective Estimate of 2.6 billion lbs. seems more widely accepted.  As usual, we saw improvements in Nonpareil yields as we get further through harvest, but pollinators are not off to a great start.  We believe the frost hit more of the central valley than was thought prior to harvest.  Sizing generally is small once again and insect damage so far is up slightly.

August Shipments – Surpassed expectations and set a record.  Rollovers from July were significant.  India being down is a positive signal for that market as upcoming shipments and activity could pick-up for the region.  We estimate the growth in the China region will continue.

Buying interest was solid during August.  Strong selling interest seemed to allow a large volume of business to take place without the market firming.

EXPECTED DEMAND GROWTH:  2021 Crop Year Shipments were particular slow due to several factors; the high opening prices beginning last July (we are starting low this season), buyers were very full of almonds at the start of that season (we believe the supply chain is filled up in some areas but not as full as a year ago), and the major logistics issues (which are not ironed out but have improved).  Our major issues from last season have improved, though we are now facing a stronger USD and worse inflation / economic conditions than a year ago.

Overall, we still expect shipments to grow, particularly with such low starting prices.   If we can get back to shipment levels seen with the 2020 crop year, we would be looking at a much smaller carryout into the 2023 crop, and an improved market situation.  But first it seems the industry needs to show some continued strong shipments.  Storage constraints likely kept sellers motivated during August and should continue to for several more months.  At the same time, buyers should continue to participate at these heavily discounted almond prices.